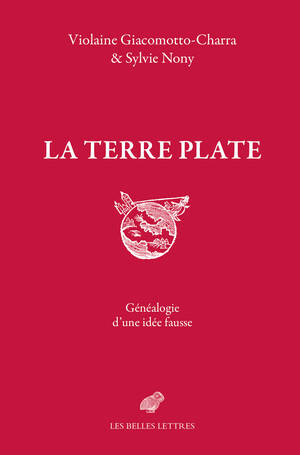 It remains a commonplace to think that the Middle Ages believed in a flat earth, out of scientific ignorance as much as religious coercion. It would have been necessary to wait for the navigators, Columbus or Magellan, or for the modern astronomers, Copernicus or Galileo, for the darkness to dissipate and for the Earth to finally become round. However, from Greek antiquity to the European Renaissance, the idea that the Earth was flat was practically never defended and even less taught in the West. Violaine Giacomotto-Charra and Sylvie Nony attempt to retrace the history of this false idea and to understand its genesis. In the first part, they suggest that we read with them the ancient sources, the Fathers of the Church, but also and above all the manuals and encyclopedias written throughout the Middle Ages and the Renaissance and used for teaching in cathedral schools and then in universities, from the 13th century onwards. A second part is devoted to the study of the myth itself and questions its genealogy - its genesis and history - to shed light on the causes of its survival. Why, against all the evidence, do we continue to affirm that for the Middle Ages the Earth was flat?Violaine Giacomotto-Charra is a professor of history of knowledge and Renaissance language and literature at the University of Bordeaux Montaigne. She specializes in the writing and circulation of knowledge about nature at the end of the Renaissance.
Sylvie Nony is an associate professor of physical sciences and a researcher associated with UMR 7219 SPHere. She is a specialist in medieval Arabic physics and has produced, among others, The variations of motion, Abū al-Barakāt, a physicist in Baghdad (VI/XII century).
S'identifier pour envoyer des commentaires.