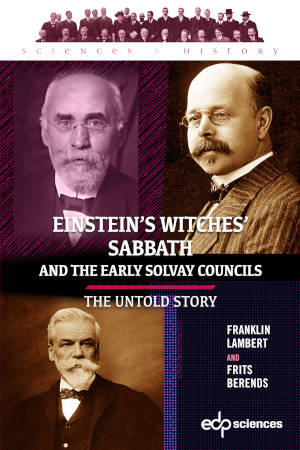 BEFORE WORLD WAR II there were no regular international physics conferences, with the notable exception of seven « SOLVAY COUNCILS ». The first Council in 1911 was the result of a miraculous chain of events. Impressed by Einstein's specific heat paper, Nernst wanted its quantum basis to be discussed by international experts. By a series of coincidences the planned « summit » was convened by Solvay, the Belgian industrialist and Maecenas. Thanks to
chairman Lorentz, the meeting was so successful that to this day similar Councils have been convened by the International Physics Institute, founded by Solvay and supported by his family. Lorentz chaired five Councils that testify to the transition from classical to modern physics. The first stimulated the physicists' interest in the quantum
problem. The fifth, in 1927, solved the problem by marking, according to Heisenberg, the completion of Quantum Mechanics. The book focuses on the personal relations between the physicists who actively participated in the quantum revolution. These relations came under great strain during the Great War, but the Councils survived thanks to Lorentz's and Solvay's faith in the universality of
science.
S'identifier pour envoyer des commentaires.